Goen South's third year in a row providing DMC services for this client proved to be bigger and better in Dallas. We assisted with general session seating, transportation, dine-arounds, an onsite 80s themed event, and the grand finale awards dinner at Cowboys Stadium. What better way is there to kick off the year than on the field of NFL legends?

The NCAA March Madness Music Festival is held every year in a different city, and in 2018, San Antonio had the honor of hosting the music festival in Hemisfair Park. The three-day music festival was free to the public and included a diverse artist lineup, multiple sponsors, custom-built and designed structures, and more. It was a huge undertaking. Of course, the number-one objective of the event was to host a successful music festival for the sponsors, artists, attendees, and client, Turner Sports Media. Goen South was in charge of outfitting several of the custom-built structures; our goal was to create beautiful, functional spaces that properly reflected and branded the sponsors. Each space had its own style and objective: 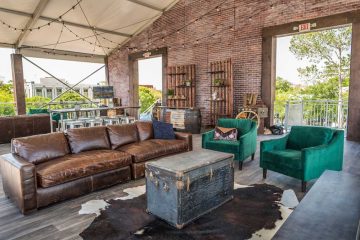 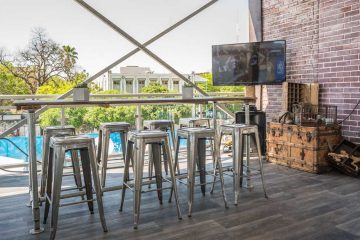 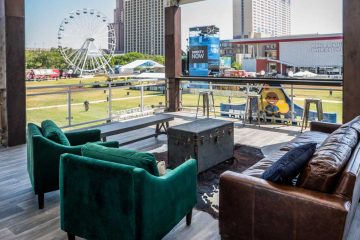 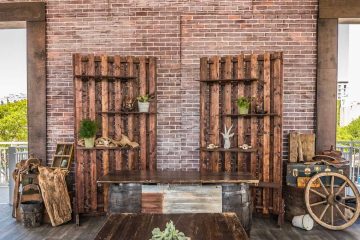 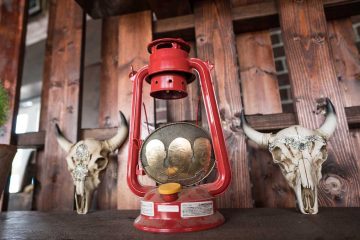 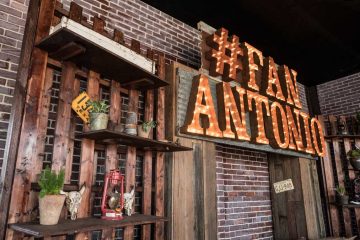 Goen South provided event decor, onsite coordination, and more for the three-day March Madness Music Festival in 2018. Our team furnished three main areas: the Capital One Cardholder Lounge, the VIP hospitality structure and backyard, and the artist colony for musicians.

Capital One Cardholder Lounge: The Capital One Cardholder Lounge was a private, two-story building located away from the General Admission lawn. This area was fun to decorate; we went full Texas! We set up Texas-chic backdrops and vignettes using pallet wall shelving units, whiskey barrels, western tack, vintage trunks, string lighting, a large Texas flag, and Capital One memorabilia. Our team also provided whiskey barrel bars, gunmetal hiboy tables and matching stools, along with black communal tables and brushed bronze stools. The Texas look continued on the upstairs level of the structure. We provided two comfortable lounge areas, each with brown leather sofas, jade green chairs, a vintage trunk coffee table, and cowhide rugs. For more seating, we provided four wooden-top communal tables with eight gunmetal stools per table. Both levels of the Capital One Cardholder lounge were filled with Texas style, and it was the perfect space for cardholders to mingle, enjoy a drink, and take photos. It was also a great branding opportunity for the sponsor.

VIP Hospitality Structure and Backyard: The VIP hospitality structure was a double-decker structure with an enclosed, air-conditioned lower level and an open-air upper level. Turner Sports Media requested an interior divider wall on the both levels that would not allow crossover between the two halves of the space. The left side of the structure was for the client’s executives and their guests, while the right side was for the sponsors. The branding on the right side was changed daily, depending on the sponsor(s) that day. We created lush boxwood hedges covered in greenery, plus faux walls made of heavily reinforced ultra-board panels. Each boxwood hedge was made by hand. On the sponsor side, we added velcro to the hedges where the sponsor logos and branding could be swapped out easily. Both sides of the wall were lit by uplights.

It was important to use neutral colors when decorating the space; each sponsor has their own color scheme, and we didn’t want to compete with the sponsor colors. The columns on the bottom level were wrapped in white spandex, and each column was lit by an uplight, creating a cool, modern effect. Most of the furniture was also white, including white lounge sets, tall communal tables, white hiboy cocktail tables and matching chairs. We provided six white bars on the lower level of the structure as well, plus white shelves for a backdrop. Our team hung two trios of our white acrylic chandeliers in the downstairs section as well. Outside, we provided a mix of outdoor lounge chairs, ottomans, sofas, and coffee tables.

The upper level was outdoors, and we included much of the same furniture used in the area just outside the VIP structure. Our team included outdoor lounge furniture in neutral colors, communal high tables and tall gunmetal stools, white hiboys with matching tall chairs, four white bars with white shelf backdrops, and two white tufted banquettes for additional seating. The only pops of color came from the centerpieces, which were cheerful and colorful floral inside authentic talavera vases and small tin cans.

Outside the VIP hospitality structure was a “backyard” area for attendees to enjoy. Giant jenga and corn hole were provided, and they were a huge hit! String lights added ambiance to the space, emitting a soft glow even during the day. Guests could sit, relax, and chat, at several picnic tables, and adirondack chairs were placed around the fire pits for seating. Everyone loved having a space to hang out and play games during the festival.

Artist Colony: This was the area where the musical performers and artists could park their trailers and RVs; it was their private space for when they weren’t performing. The Goen South team was responsible for jazzing up the surrounding outdoor breezeway area. The goal was to make the breezeway less industrial and more inviting and comfortable. We created privacy using fruitwood divider walls with shelves of greenery and succulents displayed in colorful pottery and glass bottles. The divider walls were flanked with sheer white draping, and uplights added unique lighting to the space. Two comfortable and chic lounge sets added seating to the space; each lounge included a three-seater couch, two one-seater chairs, and a country-chic cowhide rug. Picnic tables, gunmetal linenless hiboy tables, and whiskey barrels with coordinating wooden stools were placed throughout the artist colony. Each table was topped with a centerpiece of greenery in colored glass bottles. The result was a comfortable yet chic artist area. 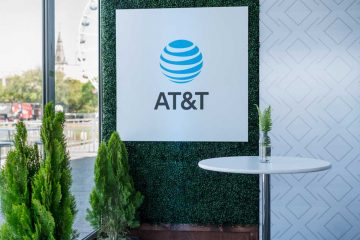 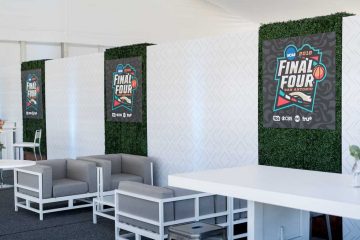 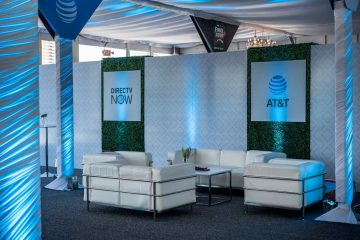 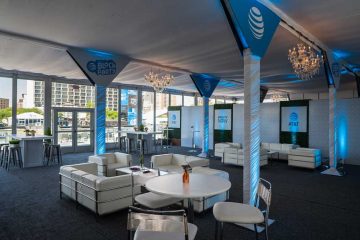 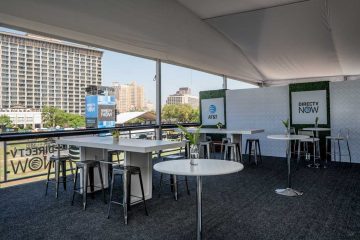